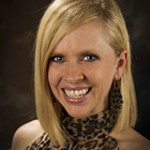 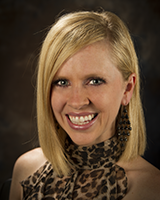 Crystal Zabka Belsky, MS, RD, CSSD, LMNT
Though not a formal diagnosis in the DSM-V, Anorexia Athletica is a clustering of symptoms commonly seen in elite athletes including excessive and compulsive exercise combined with dysfunctional eating and body image distortion. A unique aspect of this dynamic in many cases is the absence of a significantly underweight status due to significant lean muscle mass presence, which seems to mask the presence of dysfunctional symptoms for many athletes. For this reason, many athletes are mistakenly classified as having “subclinical” disordered eating, which may compromise their access to and engagement in care. Though often thought of as a female disorder, research shows a rising prevalence of dysfunctional patterns in male athletes as well. Initially, for a brief time period, weight loss associated with Anorexia Athletica can lead to improved performance in some elite sports, but it is undoubtedly followed by a decline in performance as the dysfunction evolves. This leaves many athletes frustrated and motivated for additional weight loss due to the false perception that performance is tied to changes in weight and/or body image. It is no secret that many sports have preconceived image expectations of leanness, symmetry and physical appeal. In combination with desperate weight management efforts to adhere to weight class requirements, an athlete falls at considerable risk for developing symptoms associated with the phenomenon of Anorexia Athletica. How do we protect our athletes from falling into these patterns? Research completed with collegiate athletes who suffered from eating disorders while competing at an elite level defined unconditional emotional support and positive modeling by coaches as key proactive strategies for prevention. Nutrition and mental health therapy treatment approaches demonstrated to be most effective in multiple research studies were focused on overall wellness for optimal performance, shifts in values and irrational beliefs, recognition of positive supports versus triggers, distinguishing elite performance from body image, minimizing behavioral contagion and competitive thinness and the presence of a cohesive multi-disciplinary treatment team.

REFERENCES:
Arthur-Cameselle, J. N. & Baltzell, A. (2012). Learning from collegiate athletes who have recovered from eating disorders: Advice to coaches, parents, and other athletes with eating disorders. Journal of Applied Sport Psychology, 24, 1-9.